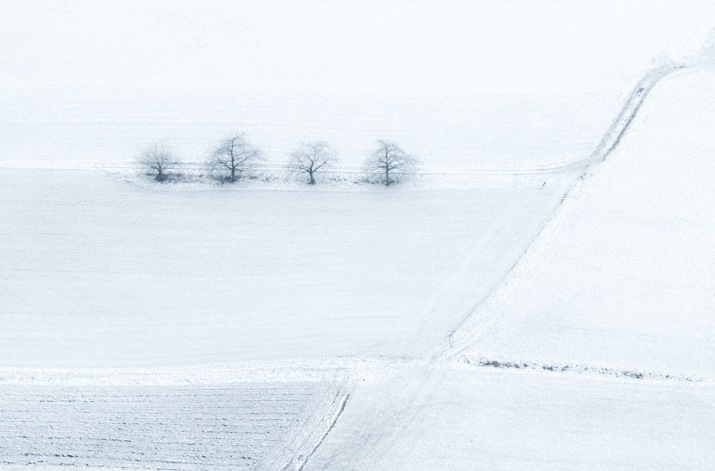 Growth is not possible during a severe winter. The predominant concern for all living things during this period is one of survival.

Metaphorically, I feel that we are in a global spiritual winter at the moment. This feeling is exacerbated by the way many political leaders are conducting themselves at present. Ethics have given way to lies, corruption and manipulation. In the process, trust no longer exists and hope fades quickly as the harshness of the winter reality hits everyone. Darkness descends, and the possibility of sustainable growth wanes as the system struggles to sustain the values of honesty, courage and compassion. There are many weak enablers that add to (and benefit from) the wintery conditions; running and hiding for shelter while looking after their own comforts.

Over the weekend, I was outdoors taking photographs of the snow, wintery landscape. In late afternoon, I walked passed a small field of dead sunflowers as the sun was trying to break through the dense cloud cover. As the rays gained strength and penetrated the cover ever so slightly, I felt light and joyful.

As I looked at the sunflowers, I knew that each one of them contained the seeds of new life. The potential energy of growth existed in the seeds that lay dormant during winter. Nature is self-generating and in times of winter, it is not necessary to lose hope in a future that is still to unfold.

As the sun broke through, I was reminded of how light changes one’s perspective. During cold wintery days, everyone hankers after light. Feeling the warmth of the sun, just for a couple of minutes, helps to lift the spirit.

When reflections in the water are added to light, the snowscape is enhanced dramatically.

Walking in the wintery landscape in Germany over this weekend helped remind me of the power of light and reflection when interacting with others and dealing with challenging situations.

As I pause to look, a broader vision unfolds and with it further insights arise...