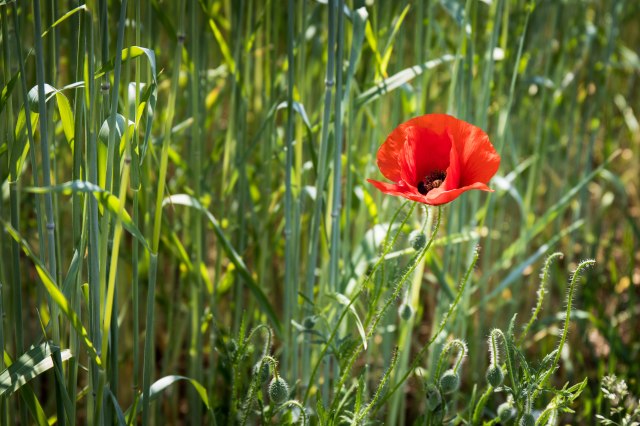 Here is a frightening statistic that US politicians and the president cannot intellectualize, offer some weird explanation for, or defensively suggest a solution for:

In 2018, there have been more school children violently killed in schools on US soil than military personnel serving their country.

To date, there have been 29 school children killed in an educational setting, while 13 military personnel have died (seven of which were killed in a helicopter accident). The harsh reality of this simple statistic shows that it is safer to serve in the military today than it is for an adolescent to go to school to learn. Formal school settings are now becoming war zones.

It is obvious that politicians have covert agendas (relating to financial support/benefit) regarding their stance to gun control legislation in the US. Given this, mind boggling reasons are being forwarded by politicians, for this devastating epidemic: abortions, ritalin, too many gates (entrances) at the schools, video games, the media, type of clothing worn, lack of religion, and so on and so on. I have previously written about the stupidity of the suggested solutions that have been forwarded by the president to deal with this societal issue.

The absurdity of how politicians are thinking (and speaking) about the most serious social issue facing America would not instill any confidence in a parent who has a child.

The thought of the possibility of a mass shooting occurring at a school that one’s child goes to, must now be in the forefront of the mind of every American parent. This thought will gain more and more intensity as time goes on, as parents live with the uncertainty and anxiety of realizing that the biggest threat to American society is an internal one. In February 2018 it was the Stoneman Douglas High School, in May 2018 it was the Sante Fe High School, in ….. it will be the ….. High School, and so on as the copycat ‘cancer’ gains momentum. Who and when will be next? Waiting for the next tragedy heightens anxiety:  It is only a matter of time…

The idea and metaphor of building a wall (a) to keep the enemy outside and (b) to protect and keep safe those living inside, no longer holds water given the ongoing nature of the mass shootings in schools.

Imagine being a student sitting in a classroom, constantly worrying whether you may be the next horror story in an ongoing cycle of destruction. Imagine the underlying suspicion that each student feels when looking around the class at fellow students, worrying about who the next shooter may be. Imagine the intense, anxious and stressful atmosphere in a classroom that is supposed to instill enjoyable creativity and learning. Imagine what it is like for students to return to school after the horrific event, walking through the previously blood stained corridors and classrooms where dear friends had been wounded or killed. Imagine the post traumatic stress reaction that each and every high school student of America is having to deal with, even those who may not have witnessed the trauma first hand.

Given the above, it can be argued that the next generation of Americans may be traumatized, anxious and fearful individuals who will not feel emotionally safe in any interpersonal context.

Many individuals take their cues from what leaders and public figures say and how they say it. This may be especially true for young, formative minds that can be easily manipulated. Words that spew out of a leader’s mouth offer suggestions of how members in their society should engage each other. In this regard, leaders need to assume responsibility in how their societies function and behave.

Aggressive and autocratic narratives, intolerance of diversity, fear-based rhetoric, self-centred and demanding comments, and suggestions that one stands above the law, are the building blocks for behaviours to manifest in society, families, and schools.

So sad, so very sad…

One thought on “Deaths in schools highlight the internal threat”

As I pause to look, a broader vision unfolds and with it further insights arise...